Our collection of writings, interviews, discussions, and anything else Steve has published

As a Man Thinketh 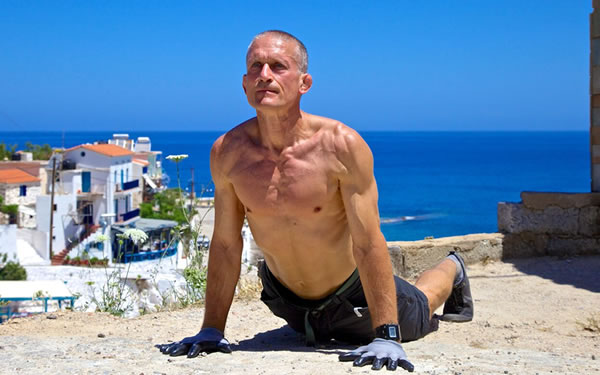 Steve wrote the foreword for "As a Man Thinketh", a book that has greatly influenced him. You can find the book on amazon.com

When I first encountered this book by James Allen, I had just finished my basic training in the US Army. I had joined the Army because I was in a downward spiral personally, and I'd hoped more discipline would straighten me up; however, I came to see it was all a bad idea I'd followed through and had recently changed my mind about any military career. I'd recently declined Officers Candidate school, and because of this, the military punished me by sticking me behind a desk in the Command Sargent Major's office at the training batallion, which is like, hell, for those not familiar with thse things. I was on-duty for ten hours a day, six days a week, and life was very glum.

The Battalion Command Sargent Major was one of the grouchiest men I've ever met; all day long he constantly yelled and barked orders at me. He was incredibly abusive, cursing and screaming, and it had my stomach tied up in knots. I don't know why he was so angry all the time.

I chanced upon a copy of this book -- at a Seventh-day Adventist bookstore, off all things -- and began reading it on my weekly day offf. I had also picked up a copy of Florence Shinn's The Word is Your Wand and I read and re-read both texts until they were dog-eared. This is a true story: I practiced continual affirmations and prayers and visualizations, just as the books outlined, and within two weeks of having started reading these books (I had been stuck behind the desk for 8 weeks prior to that; it just seemed like forever, especially in the 100-degree Farenheit summer heat) I got transfer papers to an infantry unit in Germany, precisely Schweinfurt.

Life suddenly became much better; Germany was absolutely beautiful, and such a refreshing change. Within two weeks of arriving, I found a wonderful little apartment off-base, owned by a German guy who had lived in Texas -- true story! My fellow soldiers were astounded, because they told me on average they waited 18-months to 2-years to find a place to live off-base. Two months after this, by chance,, I stumbled upon a wrestling tournament taking place at another nearby military base. Right on the spot, I borrowed a wrestling unitard and shoes, entered the tournament, and won overall. I realized later that there is no such thing as "chance", and that this was the law of attraction in action. The military company commander was very much enthusiastic of German-American relations. and so I was assigned to training full-time with a local German free-style wrestling team. My official job was now as a paid athlete.

Before that, of course, I had been a high-level NCAA wrestler in the USA.

So now I was living out a beautiful dream in beautiful Germany -- a country in which I felt very much at home -- pursuing the activity I most loved, and being paid by the US Government to do it.

One of the highlights of this time was representing the US Army at the all-services wrestling tournament in Berlin. I got to travel, by train, and see Berlin via Checkpoint Charlie. I was awed to see the guards there with machine guns, and had a sudden realization that, "wow, man...I've got it really good."

After leaving the service, I continued with mental schience, and my life continued to improve, as long as my thoughts stayed high. Because ogf my willfullness, when my thoughts lowered, my circumstances would also show a dramatic shift, and this was a good monitoring system! There have been many ups and downs, but I've come to realize that it's all of my own making, and that often, seeming catastrophes are blessings in disguise.

With this book, I discovered I could harness my natural talent of positivity and enthusiasm and develop it like any other skill. I've learned that all you really need to do is to control the thoughts; and it's not even about controlling the thoughts -- but about projecting those thoughts -- because the thoughts will come and go. You have to be aware of your thoughts, identify the negative and let the negative go, while holding onto the positive.

This little book changed my life and enabled me to escape from very unhappy circumstances and attract a much higher and happier situation. I was lonely and miserable, and by using the principles in this book, I was able to get into much better circumstances; I was able to manifest a new post, which was wonderful. It was my first time abroad and by switching my thoughts, I ended up in a position where my duty was the very thing I loved â€“ wrestling and training as a representative of the US Army in Europe, as opposed to standard grunt work.

This book is a great start for anyone interested in the science of how the mind works and is a good springboard into other mental science authors â€“ it certainly helped me at the time.

Today I am living the Life I want to live, traveling all around the world, doing only the things I want to do. And so can you.