Enjoy a peek at the world through Steve's eyes as he delivers sermons on everything from training to peace of mind. 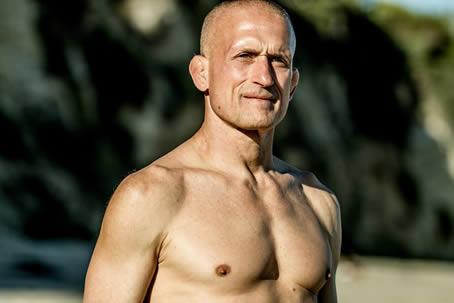 There are hundreds of training systems for acquiring strength and size, everything from barbells to body weight, but the system you choose, and the way you set up your training, is directly related to your goals.

There are two types of goals: extrinsic and intrinsic. Extrinsic goals are external, that is, outside the self. These extrinsic goals are performance-related, e.g, the desire to lift a certain amount of weight, such as competition weight lifting, or the desire to be good at a specific body weight movement, such as gymnastics feats. In bodybuilding, achieving a certain size and girth of muscle tissue, or mass, or achieving a certain level of definition, or perhaps the ability to perform a set number of repetitions, such as a military test. These goals — to become bigger, stronger, faster, more enduring — are all relative to external factors.

Intrinsic goals are internal; they are innate, belonging to a thing by its very nature. An intrinsic goal would be training to momentary muscular failure in order to switch on the muscular growth mechanism, or improving the quality of the rep, or discovering better ways to enhance recovery. Another example goal is to not miss a workout, like setting a goal of discipline to stick with a program for 6 months, or committing to a 40-day challenge. Still another intrinsic goal is to be able to maintain a high-level of performance, in spite of limiting circumstances or obstacles. As you can see, the intrinsic goals are more subtle and personal, but this is ultimately the direction to which everyone must turn to at some point.

There comes a time in every man's life where his ability to increase performance lessens and halts. The days for PRs, whether in the gym or on the playing field, are behind you. Often times, he may find himself experiencing decreases in performance or conditioning, but this is all just part of the game of life, and something that sooner or later he must come to accept.

As regards to physique, the obvious intrinsic goal is holding on to the most size and strength possible, but it must be accepted that the muscle, like youthful beauty, will eventually diminish. It doesn't matter who you are; you cannot take it with you.

Intrinsic goals are more about developing quality and character — concentrating, if you will. You become a steward of a high-quality substance — that's your body and mind, hopefully. But here's the thing: if you didn't first develop high-quality substance in the earlier phases of manhood, there is nothing left to preserve, only the remains of dissipated substance.

On the other hand, there's certainly nothing wrong with extrinsic goals. I had many extrinsic goals when I was younger, and they added fun and excitement to my training. The best set-up for strength and performance goals is to treat the chosen lift or feat as a skill, and to practice it frequently. Techniques like Grease the Groove, and ladders, are two tried and true protocols for achieving extrinsic, performance-related goals. Organizations like StrongFirst and the RKC have done a fair job of establishing training strategies for extrinsic goals. With bodybuilding and hypertrophy training, it gets a little trickier: while there's plenty of evidence to support high-volume split routines, there's just as much compelling evidence that high-intensity/low-volume (HIT) works just as well... or even better.

The HIT works opposite of high-frequency skill-type training. With HIT, your primary goal is intrinsic in that if you produce deep-level muscular fatigue — and provide adequate recovery — biology will take care of the rest.

HIT has suffered a bad rap within the strength community mostly in the form of derogatory comments. The truth is it works very well, and there are many guys who offer fine examples as proof. Check out Clarence Bass, a man in his 70s who looks phenomenal, and has adhered to high-intensity principles for most of his life. As well, bodybuilding great Mike Mentzer, one of the strongest, most massive bodybuilders of all time, took HIT protocols to an extremely high level. There are countless other examples, I just picked two off the top of my head.

Vis a vis performance, look no further than the 1973 Miami Dolphins, the only NFL team to go undefeated and win a Superbowl in the same season. Their training at the time was based upon HIT principles.

Somewhere between 40-50% of NFL teams still use HIT, and anyone who claims HIT doesn't work, simply doesn't understand training. HIT produces high levels of strength and muscularity, but the resulting strength is general in nature, not specific to performing feats. It's quite possible to be incredibly strong, yet not perform specific power lifts at especially high levels. This is because of the skill involved in any given lift. There is a very real, specific-conditioned skill to performing lifting — and if that is important to you, then you should pay attention to the good ideas espoused by these organizations, (though not the bad ones). 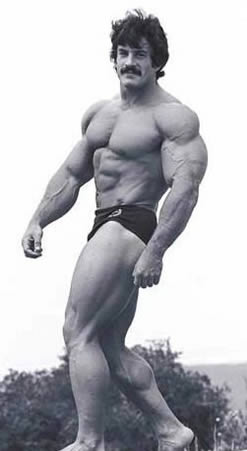 For some reason, training to momentary muscular failure has gotten a bad rap, but still it's been noted by high-frequency training advocates (Chad Waterbury) who performed pull-ups each and every day for months, then was surprised his performance hadn't increased one whit, though he had increased hypertrophy. It was only after he included sets-to-failure that performance (rep number) increased. That's another example I took off the top off my head.

The real advantage to embracing high-intensity training, and letting go of performance or resistance load conciousness, is it's a time saver. HIT requires infrequent training, and the sessions are, by necessity, brief. For busy people, with little time, this is a real boon. Using high-intensity training, with intrinsic goals, and with all the focus on the muscle, and the quality of each rep, reduces performance-anxiety and the constant need to make computable improvements. It's a great way to train for the older athlete looking to preserve muscle tissue. You'll find the type of strength built by high-intensity infrequent training definitely transfers to non-related activity, e.g., climbing stairs, running, and in my own particular case, getting on the mat and training jiujitsu.

One advantage to HIT is you won't require a separate cardio workout. Believe me, HIT provides the best cardio you can get -- superior to running, biking, or swimming. To be good at any particular activity, you have to do it -- and often. I'm not saying that following a HIT protocol will make you a faster runner -- to do this, you must continually practice the skill of running -- but the supplementary HIT strength training increases muscular efficiency, so that running becomes less effortful.

Below are some defining points of each system.

Note: We are not talking about high-volume bodybuilding training here. Where multiple sets of exercises are performed per muscle group, with the primary goal of increasing muscular size.

As I get older, I've returned to HIT principles because of the intrinsic goals. When performed in a higher mental state, HIT becomes a meditation, like a yoga practice. It's also fantastic for preserving muscle tissue.

Some trainers combine intrinsic with extrinsic, devising goal and rep-oriented programs, so it's not always a matter of "either/or". High-volume strength training, should also be differentiated from high-volume bodybuilding. High-volume bodybuilding is usually favored by genetically gifted, steroid-using specimens; the average guy can't hope to recover from such volume of training. Even with drugs, the average guy cannot vie in that milieu.

High-volume strength training revolves around demonstrating your own ability to lift heavy things, or control the physical body in difficult shapes/positions, i.e., an iron cross on the rings. The techniques useful for building this kind of strength include

The majority of the time in volume training is spent with sub-maximal weights, to groove the movement patterns, all the while staving off nerve burnout, with occasional high efforts thrown in. Strength is classified as a skill, and is practiced accordingly. Realize that what the proponents mean by "strength" is actually a demonstration of skill.

One needn't choose one method or the other; the programs can be hybridized. For example, do a few weeks cycle of either volume or HIT, or perhaps there is one pet lift or feat you'd like to maintain. If so, train that particular skill, and then dedicate the rest of your training to a high-intensity protocol. 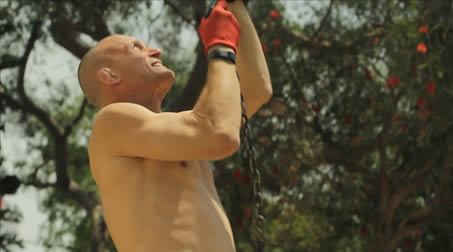 Finally, some people do very well at training strength moves (skill) infrequently. There have been cases of world-class powerlifters -- and even Olympic weightlifters -- training merely a couple times a week. Example: while serving in the military, Tommy Kono was reduced to training his O-lifts only once per week, and yet he still prevailed on the Olympic platform.

Lifting for pure strength, or, the demonstration of strength, needn't be dangerous nor risk-producing, if you are vigilant about strict form, and keep your training centered upon mainly sub-maximal lifts. Generally, it's when a guy is attempting new PRs that they'll set caution to the wind, get sloppy and carried away with the numbers, then rack themselves up with debilitating injury. I myself have been guilty of this. 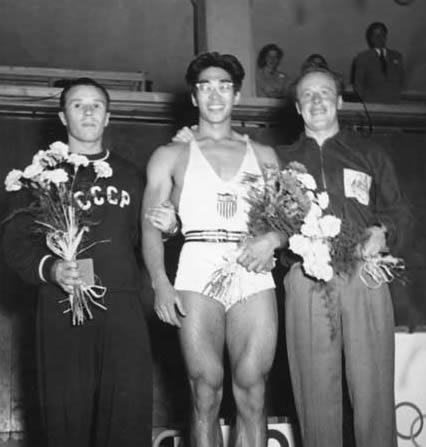 It's important that an older athlete accept that performance will eventually wane — sometimes quite a bit. Further, it becomes harder and more time-consuming to bounce back from training-related injuries. In this phase of life, athletic injuries are to be avoided like the plague. Many guys become depressed as strength inexorably wanes, but this too, can be avoided if you realize it's all part of the play of life: we are not meant to live forever in the flesh. This is yet another reason I've returned to more intrinsically-oriented, low-volume, high-intensity training. I still include some extrinsic goals, demonstrations of strength -- via pistol squats, for one -- but I've reduced my volume of training to a couple of high-intensity workouts per week -- and I feel much better for it. I do, however, still train daily mobility and keep my overall activity level high. I continue to get on the mat and train jiu-jitsu fairly frequently, but when I'm forced to go lengthy periods without, I've developed a novel system of exercise for myself that provides me with a comparable level of mobility-conditioning, enabling me to transition seamlessly off and on the mat.

For more on the things covered in this blog check out Steve's 5-Pillars System video series: You can download the video here